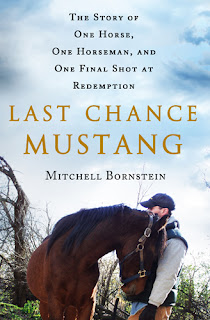 In truth, this title could be applied to every last remaining mustang in this country. The wild horse has been hounded, abused, maligned, and mistreated for centuries now, and still is subjected to the most horrific treatment by the agency in charge of its well-being. If ever an argument against government intervention could be justly made, the US Bureau of Land Management would be the poster child. Instead of protecting the mustang herds, they have repeatedly caved to special interest groups, and allowed these horses to be brutalized, all the while insisting that they are in fact helping them. It would be almost funny, if there weren’t so many unnecessary casualties involved.
The BLM has been overseeing the rounding up and adoptions of mustangs, and has come under justified fire for mishandling of those tasks. On the surface, adoption of wild horses and burros would seem to be a good thing. (The book and movie project Unbranded utilized adopted horses for their trek across the West.) But unfortunately, too many of the adoptions are either to kill buyers or to well-intentioned but incompetent owners.
Samson was one particularly unlucky horse when Mitchell Bornstein first met him. By then he had suffered six years of violence at the hands of men who believed the only way to tame him was to beat him down. He had been a six-year-old stallion, part of a large herd in Nevada, when he was captured in a helicopter roundup that decimated his herd and catapulted him into a world of neglect and abuse. His response was to fight first and ask questions later. Samson is truly not one to stand by and take it. For that, Bornstein can’t help but admire him. But the horse’s intense anger, fear, and hardened spirit turn him into a lethal creature whose destiny seems clearly to be the slaughterhouse.
Bornstein is not only a phenomenal horseman, but a compelling and talented chronicler. His tale of Samson’s journey out of the hell he was in and toward redemption is edge-of-your-seat writing.  Working with traumatized horses is a specialty of Bornstein’s, who is also a lawyer.  “Other than the fact that he could send me to my maker,” he writes of his first encounter with the wild horse, “Samson was no different from any of my legal clients: threatening, standoffish, and wearing a huge chip on his shoulder.” As with anyone who is willing to put his life on the line to achieve success, Bornstein is not lacking in confidence. And it is that confidence that was imperative in dealing with a horse like Samson. His first meeting with the mustang in a dark, dank and dirty stall, demonstrates this. Slowly, the horse allows this potential enemy into his space, and even allows him to touch his shoulder. There is a breakthrough then, but as Bornstein learns, Samson’s many demons are always just beneath the surface:
“For perhaps the first time in his life, he felt something other than the bullwhip’s lacerating blows, the lariat’s choking constriction, and the pain associated with repetitive blunt-force trauma.


“Then, everything changed. Without warning, he leapt straight up and slapped at the concrete floor with his right hoof, the sound of it like a bolt of lightning cleaving pine. He spun around and shot out two rapid-fire, dual-legged hind-end kicks at me, both missing my chest by inches, the wind from them fluttering my shirt.


“He turned and stared, this time with the look of a man about to turn into a werewolf. Get out while you still can.


“I backed out slowly and slipped through the door. Samson was still staring at me, breathing like Darth Vader. What had happened?


“Then I heard the sound of an approaching helicopter….”
Samson’s life in the wild was certainly not an easy one. As a stallion, he was probably repeatedly challenged by other males, and had to fight hard to keep his mares and his herd. But he couldn’t fight the helicopters and cruel men with ear twitches, bullwhips, and other means of torture. Fortunately for him, there was one person who was willing to risk all—career, love, life—to save him.
Posted by Books for Animal Lovers at 12:06 PM