SeaWorld's Secrets: review of BENEATH THE SURFACE 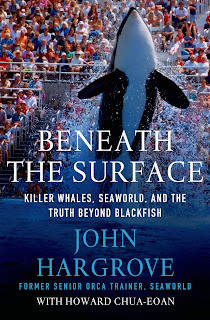 SeaWorld and other similar animal parks claim that they are educating the public about creatures that most of us would never see. Education about animals is important, but we do not need to learn about whales by watching them waste away in a large swimming pool, or by doing tricks to entertain us. There are books, movies, and whale watches to consider. And if you are never splashed by “Shamu,” so be it. Perhaps some things are just not meant to be.
Posted by Books for Animal Lovers at 1:14 PM